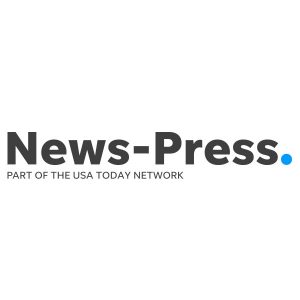 The fourth annual “Trek for Troops” event was held over Veterans Day weekend and walkers at Miromar Lakes raised money for Darkhorse Lodge, a safe place in Tennessee. Gold Star parents Gretchen and Kirk Catherwood began the lodge and participated with the 20-man team to begin the 100 mile-walk (collectively). The lodge will provide a peaceful atmosphere for combat veterans to enjoy rest, relaxation and recreation. This retreat is for of all branches of combat veterans to visit for five days, free of charge, to rest and recuperate. It is a short drive to majestic Kentucky Lake, where veterans can fish and enjoy area activities in the Henry County (Tennessee) area to communicate with others who have walked in their boots. Once completed, the lodge will include five-guest cabins, with five rooms per cabin. Each room will be named for one of the 25 men lost from the Marine Corps 3/5, Darkhorse unit. “When our 19-year-old son, Lance Cpl. Alec E. Catherwood, was killed in action on Oct. 14, 2010, it felt as if the world had ended for us,” Gretchen Catherwood said in a press release. “After realizing that we had no choice but to go on, I stayed up nights, wondering what I could do for those who did come home. Once I had the basics down, my very smart husband added much needed improvements to the plan. Finding my new purpose in life has given me a reason to get up each morning and face the challenges ahead. “We will need a lot of money to get this built. Five guest cabins, a staff cabin, a shower house and a dining facility (named for Army National Guard, Specialist Tim Bowman, who committed suicide on Thanksgiving Day in 2005 after returning home from Iraq).” On average, every 65 minutes a veteran takes his or her own life. Four men from the 3/5 Darkhorse unit have taken their lives since returning from combat according to the website. This is a nonprofit organization with 501(c)(3) recognition. Once the fundraising goal has been met, we will begin building our lodge. Trek For Troops is a national fundraiser for Darkhorse Lodge and in 2015, they raised $49,745.70; $44,022.28 in 2016; and $35,182.99 in 2017. This year, they hope to double that number. Donations can be done online or sent to: Darkhorse Lodge, 1951 Swor Road, Springville, TN 38256. The link to the team donation site is https://tinyurl.com/y72yjshy and the link to Darkhorse Lodge is www.darkhorselodge.org .